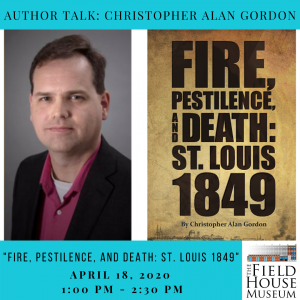 Join the Field House Museum and guest author Christopher Alan Gordon who will be giving a presentation on his book, “Fire, Pestilence, and Death: St. Louis, 1849.”

Book summary: “In 1849, St. Louis was little more than a frontier town, swelling under the pressure of rapid population growth, creaking under the strain of poor infrastructure, and often trapped within the confines of ignorance and prejudice. The cholera epidemic and Great Fire of 1849 were both a consequence of those problems and – despite the devastation they brought – a chance for the city to escape them. This book draws on the incomparable archives of the Missouri Historical Society, including newspaper accounts, letters, diaries, city and county records, and contemporary publications, to reveal the story of 1849 St. Louis as it was experienced by people who lived through that incredible year.”

About the Author: Christopher Alan Gordon grew up in Springfield, MO and graduated from the University of Missouri with a Masters in History. As a historian, former professor of history, and current Director of Library & Collections at the Missouri Historical Society, Gordon’s narrative in “Fire, Pestilence, and Death: St. Louis, 1849” is both informative and thrilling.

Making the Connection: Roswell and Frances Field were living in the city of St. Louis during the events described in “Fire, Pestilence, and Death: St. Louis, 1849.” In fact, they tragically lost their first child during the cholera epidemic and nearly lost their home during the great fire.

Please RSVP in advance by calling 314-421-4689 or e-mailing info@fieldhousemuseum.org as space is limited.

This program is free thanks to the following generous sponsors:
Elizabeth Lengyel and Sheryl Meyering. 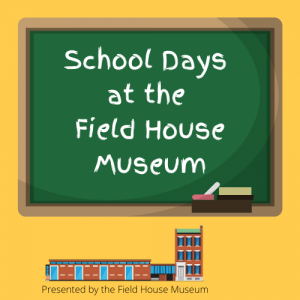 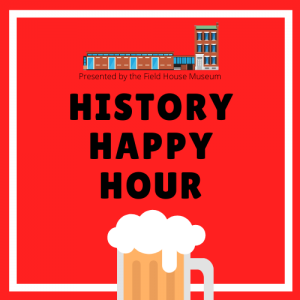 THIS EVENT IS CANCELLED AS A PRECAUTIONARY MEASURE AGAINST COVID-19. The Field House Museum is proud to offer special School Days when students can visit free of charge! Each School Day has a designated...
View Calendar
Add

You deserve a break! Get a little relaxation when

This may alarm you but did you know that keeping t

We are so grateful to our garden volunteers for he

This image is from the Liberty of London exhibitio

Without electricity, drinks and games were a popul

Trying to adjust to home schooling and looking for