About the Fields’ House 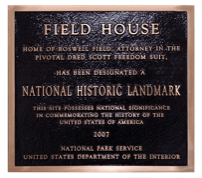 The Field House Museum was designated a National Historic Landmark in 2007. It was opened December 18, 1936 as the first historic house museum in St. Louis. The Museum is listed on the National Register of Historic Places and has also been named a City of St. Louis Landmark.

This house was Eugene’s boyhood home, and during their residence here his father Roswell M. Field served as the Attorney who took Dred Scott’s freedom suit into the Federal Courts, leading to the infamous Supreme Court decision in Scott v. Sandford.

The House is owned and operated as a museum by the Eugene Field House Foundation, a charitable organization.

The Mission of the Field House Foundation

The Trustees have as their mission the preservation, maintenance, interpretation, and promotion of the Field House Museum as an historic property and museum, with four objectives.

Board of Trustees
Field House Foundation 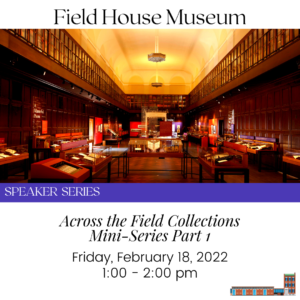 About the Program: Join us on February 18, 2022, at 1:00 pm as the Field House Museum kicks off part one of a new Speaker Mini-Series. This year, we have invited various organizations from around...
View Calendar
Add

Tomorrow will be your last chance to see "Lines wi

There is just one more week to see the Missouri bi

Stop by the gift shop and browse the great selecti

The next exhibit is being installed in the Eugene

Thanks to those who joined both in-person & via Zo

Tomorrow is our presentation with Dan Martin, arti